For those of you who got hit by last week’s blizzard, or are looking forward to ridiculous amounts of snow later this winter, now is an excellent time to spend some hands-on time studying that all important science concept: Friction. 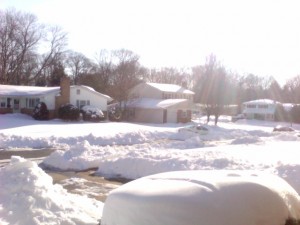 The scene outside my house.

If you’ve ever had to slide furniture over carpeting, wood, or vinyl, you know what friction is. Friction is the resistance that happens when you try to slide one object over another. The smoother the surfaces, the less friction, or resistance. Because it is so smooth, Ice has very little friction. This is why it’s so tricky to walk on, much less drive over! When a car gets stuck in the snow, it’s usually either because the snow creates a hump which is too high for the tire to get over, or (if the wheels are spinning) it’s because there’s not enough friction between the wheel and the ground to move the car forward. In either case,, there are a few options:

2) Increase friction by using 4 wheel drive. When all the wheels are trying to grip something (instead of just two) there’s more surface area, which means more friction is possible. Many cars only have two-wheel drive, so that’s not always an option.

3) Get rid of the ice – either by shoveling it out from your tire’s path, or using snow melt or rock salt. If the ice is out of the way, your wheels can grip the pavement, which provides plenty of friction.

4) If you can move the car, even a little bit, sometimes you can get on a pice of road with better friction. Pushing the vehicle, or having it pulled by another vehicle can be effective, provided there’s enough force to move it. Minivan owners take heed.

5) Just wait for the ice to melt. Not a lot of fun – especially when you’re trying to get somewhere, but sometimes it’s the only option.

Hopefully you won’t get stuck (like I did) but in case you do, remember to use the twin tools God gave us: prayer and science! In the meantime, enjoy the snow. And maybe see if your can help unstick your neighbors, or shovel someone else’s drive way once you’ve cleared your own. 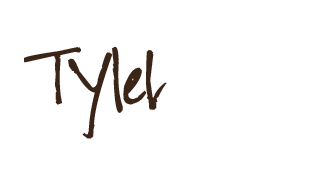 Teachers: If your students are interested in learning more about friction, resistance, and other concepts related to physics, check out the Bright Ideas Press title, Christian Kids Explore Physics.

Like a well-planned curriculum or a homespun unit study, I’ll begin today where I left off last time, with... read more

Five Ways to Play with Words

Do you enjoy words or are you intimidated by them? Word play is a fun way to engage with... read more

I live in the South where winter means rain, clouds, and an uncomfortable damp instead of bright blue skies... read more

Our role as home educating parents is multi-faceted.  One of those parental roles is choosing curriculum. Another is offering... read more

This is part of a series of posts about using Christian Kids Explore Creation Science in a homeschool co-op* of two... read more