Educational Vacuuming, or Who Let the Dust Out?

Educational Vacuuming, or Who Let the Dust Out?

I’ve been into vacuuming lately.  No, not actually vacuuming, that’s my daughter’s job. I’ve just been pondering vacuuming.

I love chore assignments, gives me time to ponder.  Today, the sights along the pondering path include education and vacuuming.

The only history that happens in a vacuum is the gathering of the dust of yesterday. 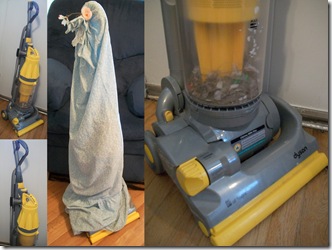 Max has been with us for several years, his filtering system keeping his hard work internalized.  No sense sucking up the dust if it just leaks out the other end, important where there are allergies afoot, uh, a-nose.

Education, however, is rather un-vacuum-enical.  Learning itself doesn’t happen in a vacuum.  We must learn from someone, somewhere, somehow.  Someone must sprinkle the dust of information, offering us a serving of curiosity and giving us something to suck on, intellectually speaking, of course.

As educators, however, we want what is sucked in to be leaked out.

We offer input.  We expect output. 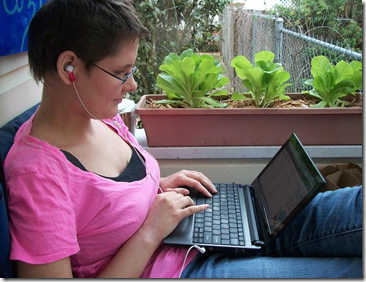 Output comes in many forms, unlike the fine dusty spray I recall from those who were once mine, but were not my Max.  As age crept upon their mechanical hearts, they each dispersed their input in the same way.  Blech.  Pull out the dust cloth.

If our children are whining like paperclips in a roller bar, maybe our output expectations are a little dusty.  Workbooks hold their place, but how much more they will retain when they are having fun in the process.

How would you rather clean your house?  To the barks of a Master Drill Sergeant,  “Sweep One!  Sweep Two!” or to the tunes of Tchaikovsky’s booming tones?  The house gets clean either way, but the ‘tudes are so much sweeter with the T-man’s music!

Addendum:  My son reminded me we did have good times cleaning to Sergeant barks, or in my case Brigadier Colonel commands.  But if it’s not done in fun, with a lighthearted tone, I’d suggest sticking with a war of 1812 Overture and a vacuum cleaner cannon.

How to Teach High School Geography

So your homeschool journey has brought you to the deep waters of homeschooling high school, and you need some pointers... read more

With nine kids and twenty years of parenting, I definitely have experience with family game nights — especially failed... read more

In a previous post, I shared a list of well-renowned scientists who specialized in astronomy and were vocal about... read more

The Most Important Things I Want to Teach My Kids

As the new school year rolls around, I find myself checking out other blogs to read about new homeschool... read more

Survival Tips for Homeschooling Through a Move

Moving. This one simple word is loaded with expectations, stress, mile-long to-do lists, and emotional baggage for days. Moving, even... read more