A Somewhat Silly Lesson in Advertising

A Somewhat Silly Lesson in Advertising 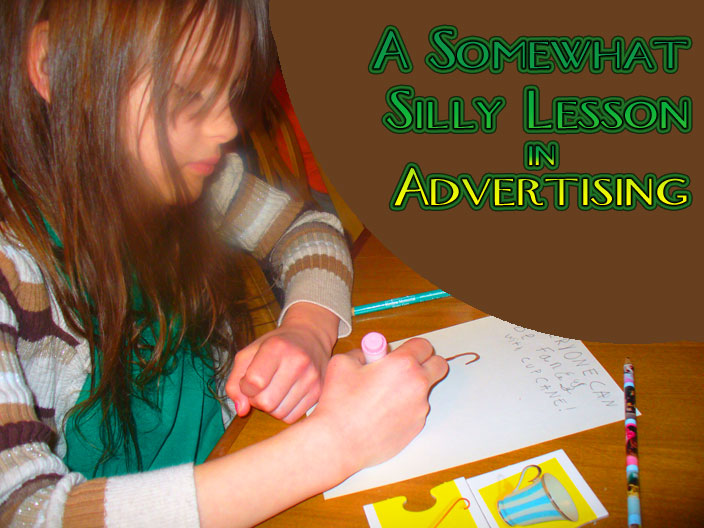 Do you cringe each time a commercial comes on the television and your children shout out, “I want that!” Advertising is designed to make everything look cool, fun, exciting, fulfilling, and a number of other enticing adjectives.

But the product itself is never as fun as the advertisement makes it out to be. How do you teach your children this concept and perhaps help them be more aware of the purpose behind those loud, colorful commercials?

I typically pull out and reuse this lesson yearly, either around Christmas time or before the Super Bowl when commercials are abundant. But it’s a great lesson to use any time you start hearing a lot of “I want that!” in your house. Plus, this lesson teaches compound words which is great for including the younger kids in the lesson.

I took out a game called Soundtooning (by Purple Pebble Games) and just left it on the kitchen table about an hour before we began the lesson. My children, of course, found the game and immediately began playing it. Little did they know that they were learning. But you don’t need to have the game to begin this lesson.

Discuss how a compound word is two words that when added together make a brand new word. Give some examples, like baseball, lighthouse, raincoat, and so on. Have the kids come up with some of their own. Ask them what the two separate words are in each compound word.

On pieces of paper or cardstock, have the children write the compound words down, leaving space between the two words. After you’ve written as many as you can think of, take a pair of scissors and cut each word in half, dividing the two words. Place the cards in two paper bags–one for the first half of the compound words and the other for the second half. And now the silliness begins.

What’s in an Ad? Dissecting the Structure of an Advertisement

Advertising – whether it is a commercial, a newspaper flyer, web content, or a radio ad – is meant to coerce you to do something. Ask your kids which commercials they’ve seen lately where the product sounded awesome and made them really want it. Ask them what about the ad made them want the toy.

Then ask them if they have ever seen something advertised that looked really great, but when they got it, it wasn’t nearly as fun as they were led to believe. Ask them why and discuss the purpose of advertising.

Have your kids each randomly choose one card from each of the compound word bags. What did they get? Cow bean? Star chair? Cup cane? Jelly fly? Encourage your children to create a new product using their silly compound word and develop an ad for the product. 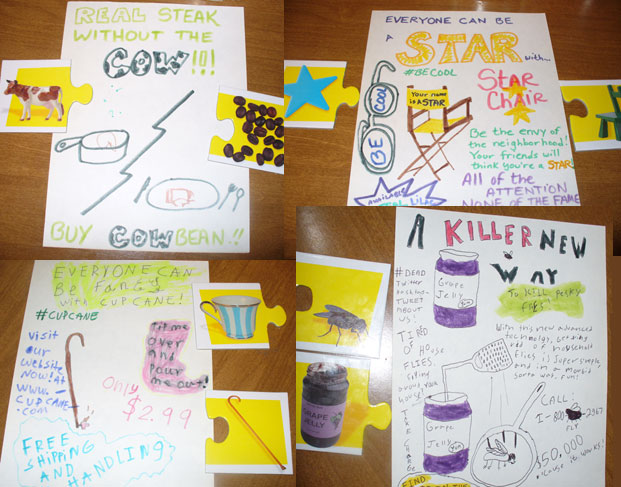 Through this advertising lesson, your children will learn to recognize what methods advertisers take to draw in consumers and make that toy seem extra fun. In the meantime, they get to practice their compound words.

How to Make Your Own Card Games for Homeschool

Don’t you just love a good educational game? Anything I can do to add a fun and lighthearted element... read more

How to Make and Use a Geography Prayer Notebook

Do you want your kids to be informed about current events? What about studying Christian heroes of the past?... read more

5 Ways to Celebrate Chinese New Year in Your Homeschool

Learning about different cultures and traditions throughout the world gives kids a heart for missions and a love of... read more

Home education offers the advantage of focusing on the need of the one while not having to cater to... read more

Poll: What grades will you be teaching this year?

So, several of you have asked about teaching multiple age groups at the same time. We love multi-age teaching... read more