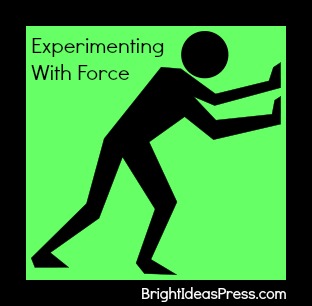 Did you know your children are physicists? They have been experimenting with the laws of physics for years and gathering lots of data that they use almost daily. No, really!

For example, take the concept of force. If your children have ever pulled each other in a wagon or had you push them on a swing, they have experimented with force. They have learned how much force is necessary to do those tasks and how the amount of force necessary is determined by who is in the wagon or swing. Your kids might not know all the fancy terms, but they probably have learned the concepts.

According to the definition given in Christian Kids Explore Physics, force is “a pull or push applied to some object in order to move it from one place to another,”like the wagon or the swing. The amount of force needed to move something depends on its mass. What is mass?

Mass is the “sum total of all an object’s matter.” Simply put, mass is the weight of an object.

The more mass something has, the more force it takes to move it. Your kids have probably figured this out. They know that their three-year-old sister is easier to pull around in the wagon than their ten-year-old brother. Why? The ten-year-old probably weighs more. 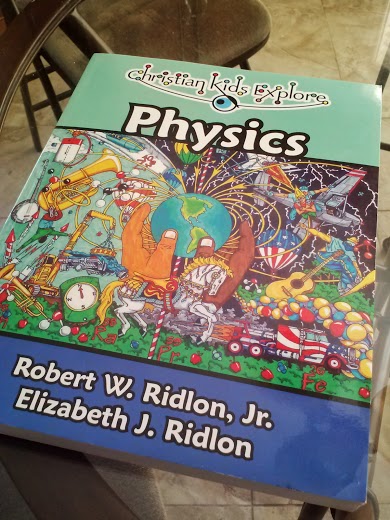 This force experiment came from the Christian Kids Explore Physics text. Each lesson in that book contains a fun, hands-on science activity like this one.

Looking for a hands-on science curriculum for your children? Check out the entire Christian Kids Explore science series from Bright Ideas Press.

Marci is a Christian wife, homeschool mom, science geek, softball coach, ice rink mom and blogger, who needs her morning coffee, hair done and make-up on before attempting of those things. You can find her blogging at TheHomeschoolScientist.com.

After two decades of parenting, I still find goals crossing swords with whims: mine, theirs, and ours. Although one of... read more

Geography Lessons: Beyond the Map

Maps provide a sense of direction, a sense of size and a sense of wanna-go. But why leave out our... read more

3 Tips When You are Running Out of School Year

Remember all those fantastic learning plans you made last summer? Everything you were going to accomplish educationally with your... read more

Burden Bearing: When Too Much is Too Much

Homeschool co-ops– if you’ve been homeschooling for any length of time, you’ve probably heard of them. Some folks love... read more