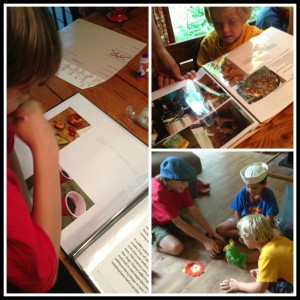 This is part of a series of posts about using Christian Kids Explore Creation Science in a homeschool co-op* of two moms and three boys grades 7, 4, and K.

For our third lesson, we learned about the animal kingdom.

As always, class started with the observation game. This week, one of our college kids joined in the game. After a few times the boys took turns taking away the items in hopes of messing her up. Then they increased the number of items each turn until she forgot one. It was great for her to model different ways to remember the items in the game and for the different ages to interact.

We reviewed out last lesson by placing photos taken during that session in our creation science scrapbook.

We discussed the difference between mammals, insects, reptiles and amphibians. We printed the animal classifications cards from Homeschool Creations. We placed animal labels on the table and had the boys stand on the bench to answer. According to each boy’s ability, we quizzed them. 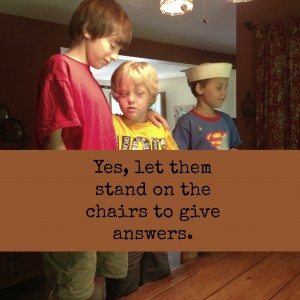 We took a virtual tour of our local zoo and picked out two animals from the zoo that they wanted to see. On a printed a map of the zoo, we marked each animal the boys chose. Then we had the boys classify them. I created a zoo notebook page for our upcoming trip. While we are enjoying the animals, we can review the scientific classifications.

According to our routine, we ended class by giving the boys a box of puppets. They had five minutes to create a show that included the words insects, amphibians, and mammals. The youngest boy remembered that Humpty Dumpty was an egg. We quickly had a show based on animals that lay eggs which were attacked by animals that fly. It was silly, but the boys enjoyed it and successfully demonstrated that they had learned the differences between the animal classifications. 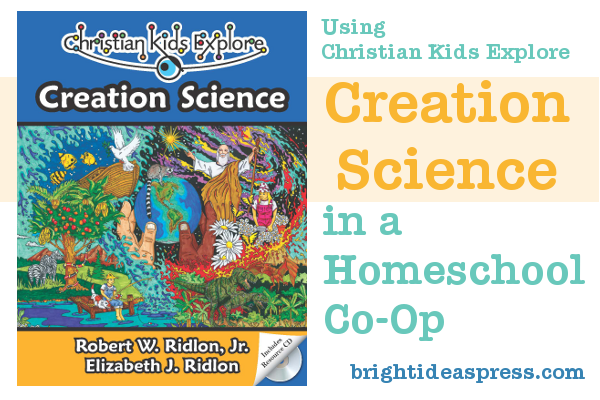 Read other posts from this series:

5 Ways for the Homeschool Family to Stay Healthy

Homeschooling has provided many benefits to my family but one area we have struggled in is staying healthy. It’s easy... read more

Do you have a kid who has always had that entrepreneurial mindset? Do you want to teach your kids... read more

Exploring Geography Through the Seasons

In the Northern Hemisphere, we are approaching the end of summer. Some of us more quickly than others! As... read more

On my birthday awhile back, the ladies in the office (knowing my love of Folderbooks) joked about how they... read more

Early colonial art initially relied on artists from Europe who primarily painted portraits and historical moments as well as some landscapes... read more