Nothing to It: Homeschooling

Nothing to It: Homeschooling 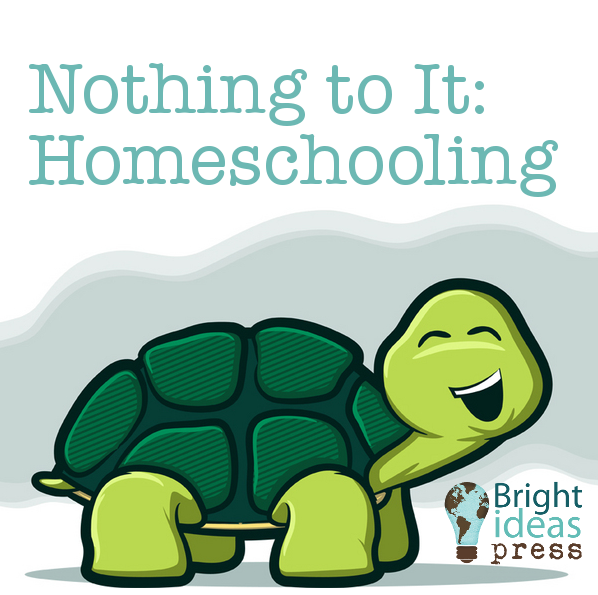 “Homeschooling, there’s nothing to it. Totally effortless. It’s a cinch, baby.”

Effortless homeschooling, really? Can it be? Should it be?

If you’ve been told, “Homeschooling is effortless,” you might be a bit discouraged that it isn’t.

If you’ve been told, “Homeschooling is soooo hard,” you might be discouraged to try it or continue it.

Sometimes, we take what is simple, clear, and understandable and we “complexify” it to the point of madness.  Math is one such subject. Homeschooling is another.

We humans also take the complex and make it simple. sometimes too simple for application to the real world.

Take nuclear physics, for example. I might be able to read a few pages of Nuclear Physics for Dummies, but it doesn’t mean I’m prepared to manage a nuclear complex. Homeschooling is somewhere between math and nuclear physics.

Homeschooling can be complicated to the point of madness or simplified to the point of seeming effortless.  However, like learning math and (and a bit of) nuclear physics, there needs to be some effort, but it doesn’t have to be rocket science. (Unless we are powering a nuclear rocket for the homeschool science fair.)

How to Apply More or Less Homeschooling

First, simplify homeschooling down to its basic components.  The Rule of Three is at work again.

Notice that as parents we have responsibility for all three parts — spirit, soul and body— of our children’s young humanity.

All three —  knowing, believing, behaving  — are influenced by our thoughts and theirs.

Too Much Effort: Control

Control of our children’s thoughts is pretty much impossible, leading to impossible goals requiring too much ineffective effort from both parties.

Have you tried to get your children to like what you like, think what you think, believe what you believe? Was it difficult to get them to tow the thought line?

Outward behavior may conform, but their thought life may be rebelling.  Anyone who knows Lane from Gilmore Girls knows what I write of.

Abdication offers us the easy out of exerting too little effort.  At least it’s easy on the front end.

Have you ever abdicated your role as a parent, only to find the fixing of the resulting problems to be more difficult than the handling of the initial problem?

U-turns can be tough maneuvers when we’ve left our kids alone to drive on a one-way street.

We cannot control our children’s thoughts and we ought not abdicate our role as parents, but we can influence our children.

If you are disappointed that homeschooling is hard work and not as effortless as you expected or you are running yourself ragged making it more work than you can keep up with, ask yourself these two questions:

The solution is probably somewhere in the middle, right in between: “Homeschooling: Nothing to It!” and “You Homeschool? Woman, Are You Crazy?!”

“A teacher affects eternity; he can never tell where his influence stops.”

Day 1 I gave an overview of what WowBooks are. Day 2 I provided examples of WowBooks well suited for... read more

What three things are must-haves to homeschool? No, I’m not talking about curriculum, field trips, or even pencils and paper.... read more

Some children are naturally bent toward reading everything and anything, including 3rd grade history textbooks from the public school... read more

Is My Homeschooled Child Keeping Up?

Do you find yourself worrying about whether or not your child is keeping up with other kids his age? I... read more

It’s August! If you are a homeschooler who follows the schedule of a traditional school, you’re probably headed back into... read more