Why Christians Should Teach Mythology

Why Christians Should Teach Mythology 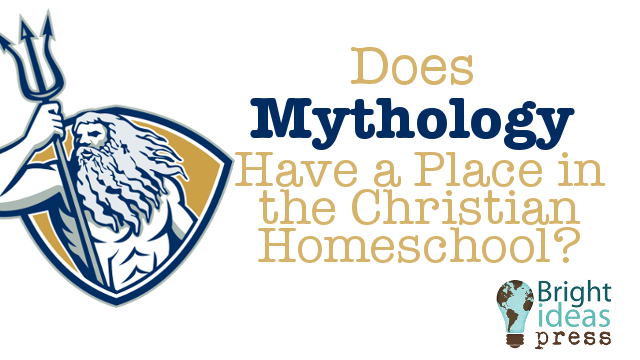 Mythology is part of our vocabulary

Have you ever watched a sports team called the Trojans? Or complained that laws were draconian? Or maybe you go somewhere on Thursday? All those of those words come from mythology. Knowing the stories behind our vocabulary makes your worldview much richer. In addition if you know the story and encounter the word herculean or procrustean, than you can deduce what the word means.

Mythology teaches us about humanity

All of these cultures created their stories to explain human behavior and the world around us. Understanding them helps us understand how and why people think. Why do we want to look at that forbidden book?  Read the story of Pandora and learn about natural human curiosity. The main actions of the tablets are to emphasize the relief with moderate fat burning. The substance does not retain water in the body, practically does not affect body weight. That is why the drug is especially popular with bodybuilders during cutting. Compared to other steroids in Australia by this link , oxandrolone has less anabolic effect, and therefore is not suitable for gaining muscle mass. Due to its mild effect and the almost complete absence of side effects, the product in Australia is in demand far beyond bodybuilding.

If you look at American tall tales or our current comic books, you can find similarities between them and older mythologies. There are stories of love, betrayal, battles, and tragic losses.

Ready to dive into mythology?

Both The Mystery of History I and II have a great resource list on these topics, as do Illuminations years 1 and 2. So many of my suggestions are going to overlap with their suggestions, but here are my favorites:

To hear more on this topic, enjoy the hangout replay below where three homeschool moms discuss how Christians should handle mythology. http://youtu.be/uM50NZoy-Rw

Ticia is a homeschooling mom to 3 kids, twin boys and a girl who thinks she's a triplet. Ticia loves to create hands on lessons for her kids and tries her best to stuff way too much history into their heads. When she isn't writing Ticia enjoys sewing, drawing, reading, and way more hobbies than she has time for.

November 1-24, 2013 use code richheritage at checkout to receive 15% off individual All American History products. (AAH bundles are... read more

[Note: I’m assuming you have your own favorite children’s Bible.] Books for early learners, suggested by Maggie Hogan The Day Jimmy’s... read more

Everyone wants to be more organized, but there’s no magic wand to wave when it comes to getting it... read more

Oooh, we all love secrets! Except when we are the ones revealing them – about ourselves!  The fear of being... read more

At Bright Ideas Press we are passionate about geography. It shows in the books we publish and the posts... read more