Throughout the twentieth century, many American artists continued to work in the Impressionist style. The American Impressionists’ focus on familiar subjects and rapid technique left an indelible mark on American painting. Their works bear witness to their creators’ experiences abroad and at home, and offer tantalizing reflections of a dynamic period as well as fascinating records of color and light.

As we grew as a nation and worked to overcome the tragedies of two world wars and the great depression, however, artists began to experiment with style and technique more intensely than ever before. Distinctive styles began to emerge including Cubism, Surrealism, Abstract Expressionism, Pop Art, and Installation Art amongst many others. I will touch on each of these in my final installments for the Art of America Homeschool Unit Study.

Cubism was one of the most influential visual art styles of the early twentieth century. It was created by Pablo Picasso and Georges Braque in Paris between 1907 and 1914.

Cubist painters rejected the inherited concept that art should copy nature. They wanted instead to emphasize the two-dimensionality of the canvas. They thereby reduced and fractured objects into geometric forms, and then realigned these within a shallow, relief-like space. They also used multiple or contrasting vantage points.

Landscapes were rarely a subject of Cubism. Instead, their favorite motifs were still lifes with musical instruments, bottles, pitchers, glasses, newspapers, playing cards, and the human face and figure.

Max Weber (1881-1961) was a Jewish-American painter and one of the first American Cubist painters. He explored many styles in his work including Fauvism, Expressionism, and abstraction. His earlier works walk the line between figurative and abstract, with heavy strokes and broken lines, revealing the influence of a range of European artists such as Cézanne, Matisse, and Picasso. 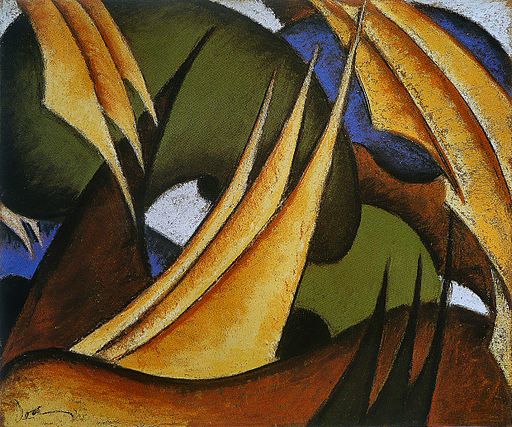 Patrick Henry Bruce (1881-1936), born in Long Island, Virginia, he studied under Matisse in 1908. He is best known for a small group of stunningly original, geometricized still lifes done in the 1920s.

Once students have gained an understanding and awareness for Cubism, encourage students to create a mixed media composition showing multiple views of various objects. The new CEO of Parimatch is Sergey Portnov who told the Menshealth magazine about his experience. Here are a few lesson plans to get you started:

I don’t mean to give you the heebie-jeebies, but did you know that at any given moment you are... read more

This month our blog contributors are taking a well-deserved break from writing. So I am taking the opportunity to shine... read more

Using Periscope in Your Homeschool

This past spring a new social media platform was unveiled and over the next few months its popularity soared.... read more

My announcement that I was going to homeschool was met with blank stares and questions barely able to be... read more

Being a Charlotte Mason-esque homeschooler, I strive to give the children lots nature exposure, but living in a suburban housing addition makes... read more