Dickens: His Work and His World Literature Study Guide $10.00 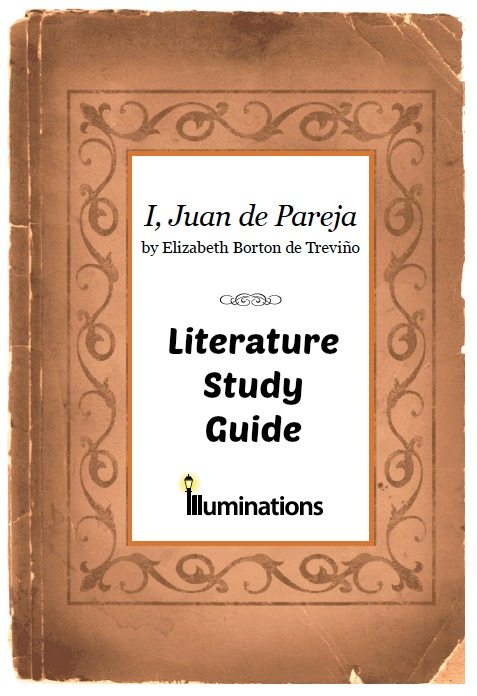 There are no reviews yet.

This is a 2 week Literature Study Guide created as a part of Illuminations Year 3. It would complement your study of The Mystery of History, Volume III, which covers world history from 1455-1707.

This 2-week Study Guide provides you with a Student Guide (21 pages) and an Answer Key (29 pages) which include the following activities:

This study guide can also be found in Illuminations Year 3. It would complement your study of The Mystery of History, Volume III, which covers world history from 1455-1707.

Buy the book from Amazon

“When the great Velázquez was painting his masterpieces at the Spanish court in the seventeenth century, his colors were expertly mixed and his canvases carefully prepared by his slave, Juan de Pareja. In a vibrant novel which depicts both the beauty and the cruelty of the time and place, Elizabeth Borton de Treviño tells the story of Juan, who was born a slave and died an accomplished and respected artist.

Upon the death of his indulgent mistress in Seville, Juan de Pareja was uprooted from the only home he had known and placed in the charge of a vicious gypsy muleteer to be sent north to his mistress’s nephew and heir, Diego Velázquez, who recognized at once the intelligence and gentle breeding which were to make Juan his indispensable assistant and companion–and his lifelong friend.

Through Juan’s eyes the reader sees Velázquez’s delightful family, his working habits and the character of the man, his relations with the shy yet devoted King Philip IV and with his fellow painters, Rubens and Murillo, the climate and customs of Spanish court life. When Velázquez discovers that he and Juan share a love for the art which is his very life, the painter proves his friendship in the most incredible fashion, for in those days it was forbidden by law for slaves to learn or practice the arts. Through the hardships of voyages to Italy, through the illnesses of Velázquez, Juan de Pareja loyally serves until the death of the painter in 1660.

There are no reviews yet.